Penis Envy is one of the most distinct, and most popular cubensis strains, named for its often phallic proportions. It exhibits underdeveloped caps, and very thick, dense stipes (stems/stalks).

It is the result of extensive genetic isolation theorized to have been conducted by legendary psychonaut Terrence Mckenna.

Its fruits are typically shorter and dense, and can be very large in size. Caps are often lighter coloration from gold to caramel-brown. Stipes (stems/stalks) are usually of sizeable thickness, and sporation is light.

It is renowned for its potency, producing up to 50% more psilocybin than most other cubensis. Effects include intense euphoria, mental clarity and perspective on personal issues, and tremendous joy.

Be the first to review “Penis Envy” Cancel reply 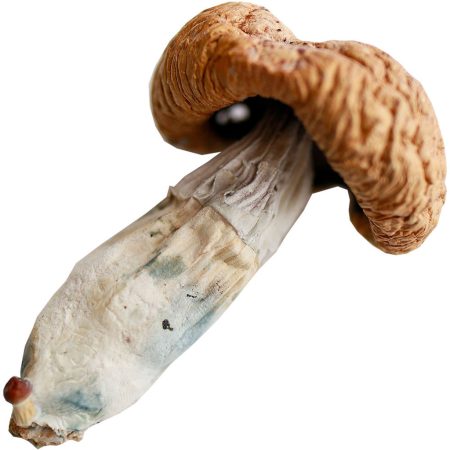